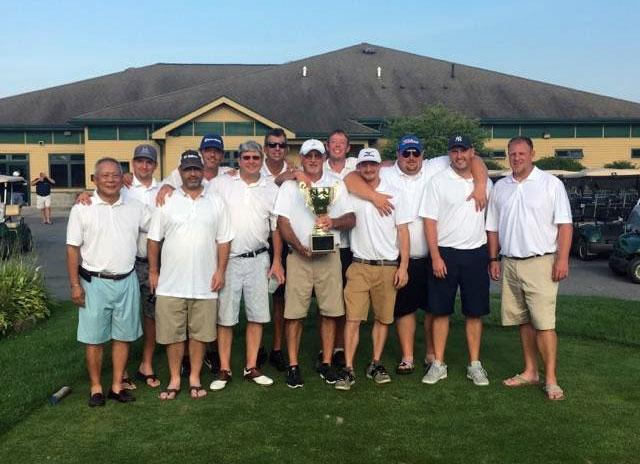 The 2016 Canal Cup matches between Seneca Falls Country Club and Silver Creek were held on Saturday, August 20th on a hot, sunny day at SFCC. The 27-hole event featured 12 golfers from both clubs with 18 total matches to be contested (9 hole alternate shot, 9 hole best-ball, 9 hole scramble). SFCC jumped out to a commanding 5 1/2 to 1/2 point lead after the morning Alternate Shot matches and added to the deficit during the best-ball portion winning the second set of matches 5 points to 1 point. Because SFCC needed 9 points to retain the Cup, and had already won 10 1/2 points in the first 2 sets of matches, there was no need to complete the final round scramble matches. The final score of the 2016 edition of the Canal Cup was SFCC 10 1/2, Silver Creek 1 1/2.

Seneca Falls Country Club has never lost control of the Canal Cup in the 13 year history of the event.